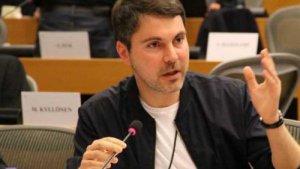 On Monday, a decision on whether or not to propose the extension of the mandate of the European Parliament's special committee investigating tax issues will be taken by the coordinators of the political groups. If the coordinators support the proposal, the conference of presidents of the political groups will consider the proposal at their meeting on Thursday. A coalition of the Greens/EFA, Liberal (ALDE) and GUE/NGL political groups is pushing for the mandate to be extended.  Ahead of Monday's meeting, Michael Theurer (ALDE), Sven Giegold (Greens/EFA) and Fabio De Masi (GUE/NGL) stated:

"The investigative work of the EU Parliament's special committee on taxation is not complete, with its work having been obstructed by lack of access to crucial documents and incomplete cooperation by EU governments, the European Commission and multinationals. As a result, the investigation has not yet been able to elucidate where the responsibility lies for the years of tax dumping in the EU among its member states. The highly questionable roles played by current EU Commission president Jean Claude Juncker and Eurogroup chair Jeroen Dijsselbloem - in their positions as prime minister and finance ministers of the respective countries - also remains unsatisfactorily addressed.

"It is only by accessing all the relevant information that the EU Parliament can fulfil the mandate of the special committee. EU governments and the Commission have blocked access to crucial documents, notably from the crucial 'Code of Conduct Group on Business Taxation'. This has seriously hampered the EP's investigation. A number of crucial figures have also so far not testified to the committee, whilst a number of contradictions remain, notably from the hearing with EU Commission President Juncker. As such, the EP's investigation has not yet been satisfactory and remains incomplete.

"European citizens have a right to know which EU member states facilitated large scale tax avoidance by multinational corporations through special arrangements. The mandate of the special committee must be prolonged so the European Parliament can fulfil its democratic role. The Socialist (S&D) group's president has also been publicly critical of the obstructions faced by the committee and we would now urge him to follow up his rhetoric with action."