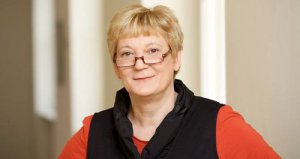 A proposed new "transparency law" targeting Israeli nongovernmental organisations (NGOs) sparks concern amongst GUE/NGL MEPs. GUE/NGL deplores the fact that a proposal to discuss the issue in the context of the human rights debate at the November plenary has not been accepted.

The law, drafted by Justice Minister Ayelet Shaked, would oblige NGOs who benefit from funding from "foreign political entities", to note this on all their publications and reports and to indicate it when they are in contact Israeli government members or officials. If adopted, the legislation could even insist that NGO representatives, when present in the Knesset, wear an ID badge specifying the name of the organisation they work for and their funding sources.

GUE/NGL MEP Martina Michels, a member of the EP delegation for relations with Israel, commented: "This law will strictly limit the work of Israeli NGOs who receive funding from foreign governments, particularly those NGOs that focus specifically on human rights abuses or the Israeli-Palestinian conflict. It is tantamount to silencing these organisations and ensuring that information to the outside world is substantially reduced."

She expressed concern about the discriminatory and undemocratic nature of the law: "First of all it only targets NGOs that receive foreign donations from "foreign political entities" - i.e. US and EU governments and government sponsored foundations - and not donations from overseas corporations, foundations or private donors. There is no justification for differentiating between these sources. Secondly, it will stifle the voice of civil society and NGOs and make their working conditions untenable."