The first activation of the Mutual defence clause 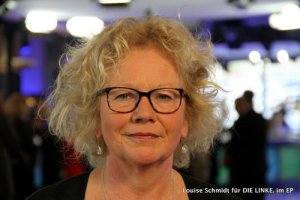 As one of the main responses to the Paris terrorist attacks France announced on 16 November 2015, for the first time ever, the activation of the so-called “mutual defence clause” under Article 42, paragraph 7 of the EU Treaty (TEU), which was accepted by all EU Member States on the following day.
This process contains two particular aspects which are highly problematic:

On the one hand because thereby the other EU-member states adopted/joined the highly controversial view of France, which sees the attacks as acts of war and therefore sees the legitimation of a (primarily) military reaction.

Secondly, an alleged obligation to support France militarily (e.g. in Germany) is being derived therefrom, even in military operations which are hardly linked to the attacks in Paris (support to France in current operations – e.g. Mali).
Although it is true that the mutual assistance clause contains formulations which are more mandatory than Article 5 of the NATO Treaty, it is still the free choice of each EU-member state how, how much and with what means and measures the EU countries support France. A whatsoever obligation to get militarily involved – as in particular Germany seems to interpret the defence clause – cannot be derived from the defence clause.
It rather seems that its activation is being used to justify and legitimate ongoing or already planned military actions and operations.

Another aspect is the fact that the so called “Islamic State/Daesh”, who is blamed for the attacks, is according to international law, not a state. For this reason the Paris attacks are not acts of war, but a terrorist action and therefore a criminal activity which has to be perused with the means of the rule of law and of police investigation and enforcement.
This is in so far relevant, as according to the current interpretation of international law indeed an armed attack can be countered on the basis of Article 51 of the UN Charter militarily, but not a criminal terrorist attack.
Furthermore it has to be questioned whether the defence clause is really the appropriate mean due to the EU Treaty in such a case as the Paris attacks. Because in the EU Treaty and the Treaty on the Functioning of the European Union (TFEU) exist two possible Articles to respond to violence against a member state. One Article is the described mutual defence clause and on the other hand there is the so-called “solidarity clause” under Article 222 TFEU.

Terrorist attacks fall actually explicitly within the scope of the solidarity clause, which aims primarily to the option to be able to use the military inside the EU and its member states under several circumstances, such as a “man-made disaster”. Nevertheless, France has referred and asked for the activation of the mutual defence clause, which makes it clear that a military support of French military operations abroad was intended and demanded.

Another point is the question why France has not called for the activation of Article 5 of NATO as France obviously aimed for a military reaction. There are several possible motives to invoke the mutual defence clause instead:

On the one hand it can be speculated that by circumventing NATO the inclusion of Russia in the anti-IS-coalition should be facilitated and on the other hand and at the same time it should have enabled to keep NATO member Turkey largely out. This is not least because it is widely known that Ankara supports the terrorist organization in many ways, as has been also worked out recently by David L. Phillips from the Columbia University [1.].

Furthermore, it surely played a role that in particular France would like to see the military EU structures to be strengthened against the US-dominated NATO.
Anyway, France let no doubt that it expects based on the defence clause in particular military support. But it is important to highlight that in the current debate, the mutual defence clause is being too often and in general interpreted in a sort of military commitment. But besides to the general criticisms of the EU mutual defence clause and the solidarity clause of the GUE/NGL Group, we see the current handling of the defence clause as highly problematic and legally dangerous because this can serve as a precedent for future cases.
The current efforts to make the defence clause with the military obligation legally “waterproof” are in our view, adventurous.
In order to present conformity with international law and as legal basis for the military action the UN resolution 2249 as well as two previous resolutions of the UN Security Council have been used.

In these resolutions it was repeatedly stated that so called “Islamic State/Daesh” poses a serious threat to world peace and international security.

Still an international law framework for many member states is needed to launch military operations. This is the case in particular in Germany. And since France has asked for the activation of the defence clause after the attacks of Paris, the deployment of the German army (Bundeswehr) is officially seen as being a part of a “Collective Security System” as it is required by the German fundamental Law. But this argument contains two problems at least for the case of Germany.

First, in the mentioned specific UN mandate is no authorization to use military force. And secondly, has the Federal Constitutional Court in Germany in its ruling on the Lisbon Treaty, clearly denied, that the EU is a system of “Collective Security” (BVerfGE 123 , 267 (361)). Accordingly, the military operation which Germany now joins is neither compliant with international law nor with the fundamental Law in Germany.

Finally it has to be stated that military operations have never contained or stopped terrorism. On the contrary, the current balance of the so-called “War on Terror” with thousands of deaths since 2001 shows that war will only lead to more terrorism and hate.

The GUE/NGL calls for the strict compliance to international law, the cessation of the – highly counterproductive military “War on Terror” and for a change of EU -policy towards a non-militaristic foreign policy that exclusively resorts to civilian conflict management and that declares poverty alleviation as its highest priority. Unfortunately, the way, the recent activation of the mutual defence clause has been handled, directly runs counter those aims.

There are no quick solutions for the conflicts in the Middle East but above all, there is surely no military. We call for Peace negotiations like in Vienna and cease-fire agreements in Syria as in Homs, internationally monitored arms embargo and the stop of all arms exports into the region and in general. The civilian population urgently needs humanitarian help and reconstruction assistance . Bombs do not make Peace!

This article by Sabine Lösing was first published on the website of eptoday.com.