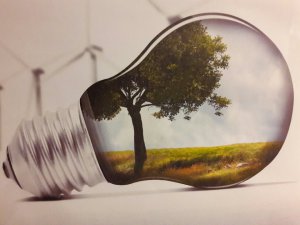 If Sweden and Germany are serious in their claims of taking leading roles in environmental sustainability, the sale of Swedish state-owned Vattenfall’s lignite mines to Czech venture capital company EPH must be stopped.

In spring 2016, around 4,000 climate activists from all over Europe gathered in Germany for a peaceful civil action. For one day, they managed to close down Swedish state-owned energy company Vattenfall’s lignite, or brown coal, mines. Their action also presented Germany and Sweden with a perfect opportunity to close the mines and let the lignite coal remain in the ground.

Lignite is a particularly harmful source of energy. In fact, it emits more greenhouse gases than any other conventional energy source.

As members of the European Union, Sweden and Germany boast of being two of the most ambitious actors signing the Paris Climate Agreement. The EU has pledged to reduce its greenhouse gas emissions by at least 40 percent by 2030, compared to the levels of 1990.

The energy sector is a key actor in combating climate change. If the EU is to reach its energy targets, this sector needs to be part of the transition from fossil fuels to renewable energy.

With the case of Vattenfall, however, developments seem to go the opposite direction.

This company emits 24 times more greenhouse gases than the entire country of Sweden does each year. Yet, according to its owner, the Swedish state, Vattenfall is supposed to be the greenest actor on the energy market. This is one of the reasons why Vattenfall is now ridding itself of the lignite mines. However, instead of closing its mines, the company is about to sell off its lignite assets to Czech venture capital company EPH.

Swedish liberals and conservatives justify the deal by referring to the European Emission Trading System (ETS). However, this if anything shows the serious shortcomings of the ETS. A system which allows for lignite is per se a failed system in a sustainable energy market.

According to German federal minister for the environment, Barbara Hendricks, the phasing out of lignite is possible within the next 20 or 25 years without causing economic rupture. But the climate cannot wait another 25 years of greenhouse gas emissions.

At the same time, we recognise that in being the workplace for around 8,000 people, Vattenfall is the main employer in the lignite-intensive region of Lusatia in Germany. Therefore, a just and orderly transition into an economy without lignite is needed. In order to create such a transition, the economic structure in regions that depend on hard coal and lignite mining must change. This may become expensive and require government support. The Swedish and German governments therefore need to establish a plan to phase out the lignite owned by Vattenfall and invest in renewable sources of energy.

With good reason, Vattenfall is not a popular company in Germany.When the country presented its plan to use 100 percent renewable sources of energy, the Energiwände, Vattenfall sued the German state for its  “unfavourable” policy. In addition, the company is pressuring municipalities in Lusatia into being exempted from paying excise tax. It is a shame that a Swedish, state-owned company is acting this way.

Climate change is, however, not the only factor in this deal. The EPH is a venture capital company with a dubious businesses model. It is owned by offshore companies or companies based in tax havens. The EPH has also appeared in a series of police investigations on charges of corruption and tax fraud. In March 2012, the EU Commission fined the company for aggravating a corruption investigation. In addition to its shady business activities, the company’s 27 power plants also produced 2.5 percent of the total amount of Europe’s carbon dioxide emissions last year. Yet, the EPH lacks all forms of policies and reporting on areas such as environmental sustainability and anti-corruption.

All over Europe, people are acting to get Vattenfall to close down its lignite mines. The Swedish state now has a golden opportunity to do so. This is no longer a bilateral matter. Keeping the lignite mines would not only be a failure to Sweden and Germany. It would be a failure for the entire EU and our climate ambitions. It’s time to shout out loud: Keep the lignite coal in the ground!