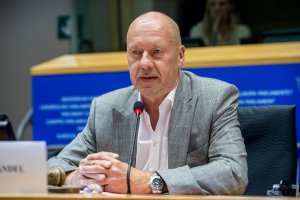 Caterpillar Inc. has announced that it is closing down its Gosselies factory near Charleroi in Belgium resulting in a collective loss of 2,200 jobs. The US-manufacturing giant has also declared it will layoff more than 250 workers in the north of Ireland and close its Monkstown factory there.

GUE/NGL MEP Thomas Händel, Chairman of the Committee of Employment and Social Affairs of the European Parliament (EMPL), denounced the mass firing of workers as a reflection of the company’s greed for profits:

“We cannot really say that Caterpillar is a company in difficulty when they have declared in the first quarter of 2016 operating profits of $785 million and a turnover of $10.3 billion. The company is following the blind logic of profits at the expense of the people.”

Some of the production from Belgium is to be moved to Grenoble in France and to manufacturing facilities outside of Europe, the company said. Caterpillar had already - in 2013 - axed 1,400 jobs in the Belgian plant.  The move follows the company’s announcement last year of a global restructuring and cost-cutting measures.

“This is a slap in the face for the 2,200 Belgian workers who will lose their jobs by April 2017 and who have, for months, struggled with lower salaries in order to save the factory and for the benefit of Caterpillar. Hainaut is already the province in Belgium with the highest unemployment: only one in two people there are employed,” Händel declared.

The German MEP called on the EU to intervene urgently to stop companies from moving their operations away from Europe to lower cost destinations: “If we are not able to protect workers throughout Europe, people will lose their trust in the EU.”

The world's largest manufacturer of heavy construction equipment has axed almost 14,000 jobs across its global business since mid-2015. GUE/NGL expresses its deepest solidarity with the workers and supports the workers’ direct action at the site.