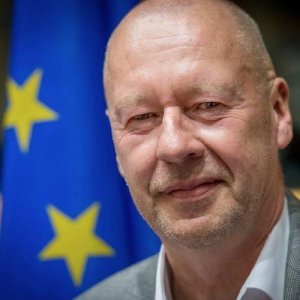 MEPs debated today an initiative (INI) report calling on the Commission to work towards social convergence in the EU. The report identifies a gap between the growing economic integration on the one hand and an heterogeneous set of social rights on the other amongst member states. This situation has allowed for companies to exploit differences in social protection in order to reduce labour costs and undermine, as a result, standards across Europe.

GUE/NGL MEP Neoklis Sylikiotis blamed the neoliberal doctrine of the EU for the persistence of what is known as ´social dumping´:

“The disastrous results of neoliberal austerity policies imposed on member states cannot be hidden under the rug anymore. Supporters of employment deregulation and the so-called free market cannot look away anymore. The time has come to discuss these problems and the real reasons for unemployment and precariousness.”

Sylikiotis took MEPs to task on the interests they purport to represent when opposing action against social dumping:

“We do not accept that it is difficult to find a common definition for social dumping. Precarious working conditions, reductions in the number of workers covered by collective agreements, increase in short-term contract numbers, impoverishment of workers and long-term unemployment - especially youth unemployment - are all social dumping. The conservatives and the neoliberals in this house should stop hiding behind technical terms and should clearly state with whom are they siding: with the multinational companies, which increase their profits by exploiting the workers, or the European people who demand a decent life?”

Meanwhile, GUE/NGL MEP Thomas Händel declared that the group will support the recommendations of the report making the Left in parliament closer to Commission President Juncker on this issue than the Right:

“Social dumping is the reason why there are so many people in Europe on the poverty threshold. This leads to two key problems we are facing today: exclusion and xenophobia, which are two sides of the same coin. Social dumping doesn´t have anything to do with open borders as some MEPs have claimed. Social dumping is opportunistic behaviour on the part of businesses to push wages down. Workers are not robots or commodity to be treated in this way.”

“The EU is far from being a role model for upholding workers’ rights. On the contrary, its class orientation and capitalist ideological foundations have imposed a whole set of exploitation instruments, in the form of legislation, recommendations and policies, that have contributed to entrenching social dumping.”

“Freedom of movement, without guarantee of equal labour rights between countries, is an example of this. The promotion of precarious work, through attacks on collective contracts or abuse of temporary work, cements their use for permanent posts, which the Commission itself approves.”

“The attacks on salaries and labour rights in the name of competitiveness and productivity, the ease in which companies relocate, even within the EU, and the unlimited benefits received by multinationals are reasons that demand a break from EU policy and demand the development of a progressive social and economic path as the only way to fight inequality,” the Portuguese MEP stated.

“According to the truck drivers who came to Parliament a few months ago to tell us about their situation, one only needs to visit a truck parking lot to witness the horrible conditions workers in their sector face.”

“Unfair competition is spreading beyond transportation into agriculture, catering and domestic and welfare services, creating huge pockets of insecurity in Europe.”

González proposed concrete actions that the EU should take to eradicate social dumping:

“Social dumping is particularly serious in European regions such as Asturias or towns like Avilés, where the steel and heavy industries have a strong weight, as they are constantly subjected to threats of relocations to countries with lower environmental and labour costs.”

“Proponents of deregulation are leading us to a degrading and undignified situation. We therefore support measures proposed in this report aimed at increasing inspections, eradicating ghost companies, combating fraud and tax evasion, raising wages and defending the minimum wage as well as bridging the wage gap between men and women.”