The New Edition of the European Security Strategy: The Global Strategy  Old Wine into New Wineskins 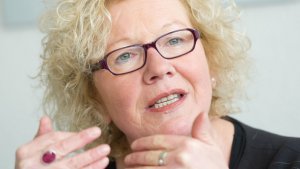 The EU, once founded as a civil union, is showing its military side more and more. Armies, armament and wars are most commonly associated with the United States and NATO, while the military aspect of the EU and its implication in the world’s crisis are hardly noticed or known by the public.

However, the basis for this process of militarisation of the EU has been established already in 1992, when the Common Foreign and Security Policy (CFSP) was agreed on as part of the Maastricht Treaty. In 2000 it was extended by the Common Security and Defence Policy (CSDP) as a part of the CFSP. The strategic framework was set by the European Council in 2003 by adopting the European Security Strategy (ESS). After several minor updates the European Council agreed on the new edition of the ESS on June 28th 2016. The so called Global Strategy is – as feared – confirming the path of EU militarisation.

On the official Global Strategy homepage it is formulated unmistakably: “Member States’ defence budgets have been slashed in an uneven manner […]. The EU may not be a military alliance, but the Union cannot afford to ignore the ‘D’ in its CSDP.”
This statement does not at all reflect the reality. On the contrary: While social budgets were drastically cut during the financial crisis, defence budgets were nearly untouched. According to the European Defence Agency (EDA) all EU Member States combined, spent less than one percent less on Defence between 2008 (200 bn. Euro) and 2012 (189,6 bn. Euro) (EDA 2014).

The demand to establish the EU as a “global player” can be found several times in the strategy. In particular the o called “comprehensive approach” – which essentially means subordination of all relevant political areas, such as trade, energy and development policy to CFSP and CSDP – is used to become this global player. Furthermore the strategy correctly analyses, the expansion of fragile states, growing instability and violence are the product of poverty, lawlessness and corruption which force more than 50 Million people worldwide to flee from their home countries.
However, the EU does not reflect its negative role regarding the causes of these crisis and conflicts in any form. Yet, it is clear that the EU – by cooperating and supporting autocratic regimes and promoting neoliberal economic policies, including radical free trade agreements – is contributing to and even causing these issues.

Accordingly, one can have little hope that the EU will positively change its destructive Neighbourhood Policy (ENP), even though the target of establishing stable partners, initially set by the Commission in 2004, was missed completely.
Essentially, the strategy contains everything the military and the arms lobby are desiring – and this is not a new development. This military and foreign policy wish list has been part of the EU policy since a while. The EU wants to become a global player, in the neighbourhood and the entire world. Even though the words “EU army” are not appearing in the strategy, not least the position paper by the German and French foreign ministers Steinmeier and Ayrault demonstrates clearly: The big member states France and Germany are seeking to navigate the EU externally and militarily. This paper demands – as the strategy does – armament, the extension and strengthening of the defence industry and of the military-industrial complex, as well as an even stronger cooperation between the EU- and NATO.

Finally it needs to be watched closely how the strategy is practically implemented. Already in December 2013 the greatly advertised “Defence Council” did not live up to the initial expectations of the arms lobby and thus caused large disappointment among lobbyists and conservatives. However, I fear that, if this time great parts of the strategy are implemented, we will be on the path towards a warmonger union, which provides itself with the arms and troops necessary to take whatever it wants.
We as the GUE/NGL in the European Parliament and have voted against all these reports and the strategy and attempted to oppose this military madness with amendments and so called minority reports. And we will continue to do so.

The full-text article was published online first at the website of EP Today.