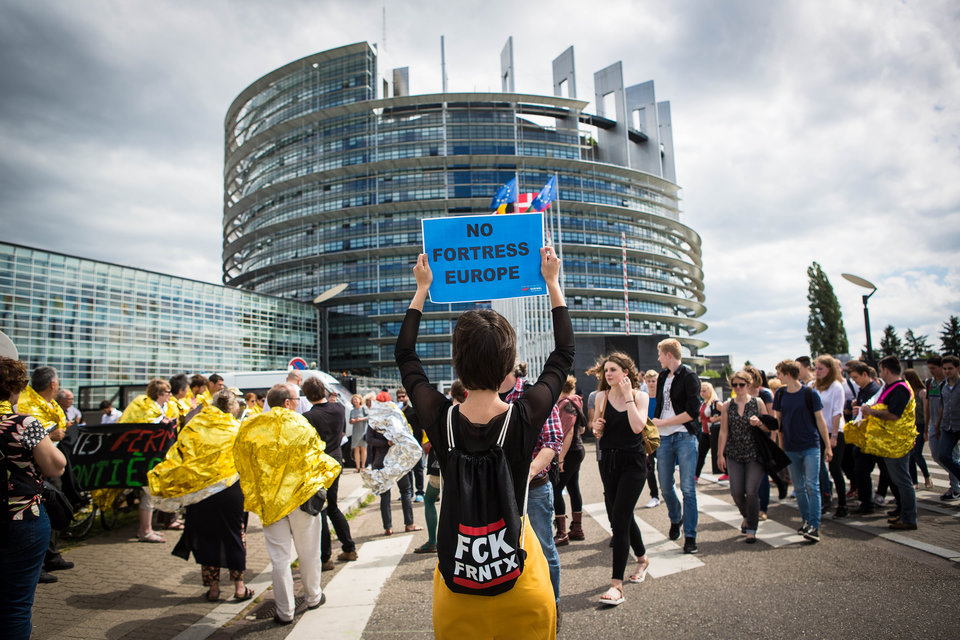 GUE/NGL MEPs have condemned the proposals presented yesterday by the European Commission and the High Representative on new actions in cooperation with Libya that aim to block people from reaching Europe.

The proposed actions (which could be called an EU-Libya deal) focus mostly on supporting border control and interception of refugees and migrants, and are expected to cost around 200 million euros.

Today and tomorrow, national justice and home affairs ministers are holding an informal council meeting in Malta to discuss these proposals.

Meanwhile, GUE/NGL Coordinator on the LIBE Committee, Cornelia Ernst, remarks: "The Commission is initiating yet another dirty deal to keep refugees away from safety in Europe."

"In practical terms, this means that even more refugees will be locked up in North Africa under high risk of torture, rape and other forms of ill treatment.

"In legal terms, this amounts to a reversal of the burden of proof for refugees – who will now have to prove that every country they passed through is not secure," adds the German MEP.

Italian MEP, Barbara Spinelli, explains: "A recent report by the United Nations' Support Mission in Libya and Office of the UN High Commissioner for Human Rights demonstrates that the breakdown in the justice system in Libya has led to a state of impunity in which armed groups, criminal gangs, traffickers and even public officials control the flow of migrants through the country in the most arbitrary and cruel way."

"Migrants are held arbitrarily in detention centres – run mostly by the Department for Combatting Illegal Migration – and subjected to torture and other degrading and inhuman ill-treatment by DCIM guards.

"Despite the recommendations of the report – which considers Libya an unsafe country and recalls that it hasn't even subscribed to the Geneva Convention on refugees – the member states and the Commission are willing to enhance the EU's cooperation with Libya. This move would severely infringe, as the EU-Turkey deal does, the rights of the migrants that the Union pretends to be helping."

French MEP, Marie-Christine Vergiat, adds: "The  proposals are scandalous. A few days ago, Commissioner Avramopoulos explained in the Parliament's Committee on Civil Liberties that there was no question over replicating the EU-Turkey deal in Libya, yet that is exactly what he now proposes."

"For months all international organisations and NGOs have been alerting us to the situation of migrants in Libya. It is unacceptable that the Commission proposes to deal with a failed state which has become a hub for trafficking human beings.

"It is pure cynicism. No cooperation with Libya is possible at this stage. Does the EU still understand international law? How dare they say these proposals are about saving lives!"

Swedish MEP, Malin Björk, concludes: "Financing the Libyan coast guard to stop refugees at sea and bring them back to horrific conditions of incarceration, exploitation – and for many women and girls, sexual violence – is just unacceptable."

"It is an inhumane policy-in-process at EU level, and it is also incompatible with international law."