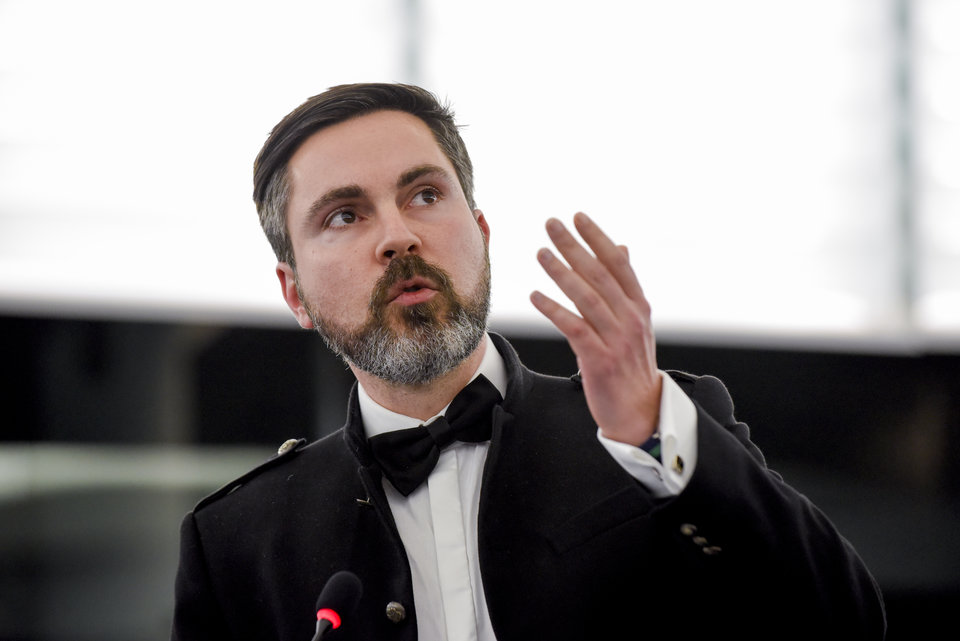 GUE/NGL MEP Matt Carthy is amongst a delegation of nine MEPs visiting Washington DC and the state of Delaware this week as part of a fact-finding mission to the United States by the European Parliament’s Committee of Inquiry into Money Laundering, Tax Avoidance and Tax Evasion (PANA).
The MEPs are due to meet with government officials from the US Treasury and the Internal Revenue Service; Congressmen, Congresswomen and Senators from the House Ways and Means Committee; the Senate Committee on Finance and others. The group will also meet with Delaware state lawmakers and officials, and the Irish Director of the International Consortium of Investigative Journalists, Gerard Ryle.

Speaking about the visit, Carthy says: “I welcome the fact that the inquiry team are in the US - a destination I argued that we need to look at. We need to examine the role of the US due to its economic weight, the amount of offshore wealth it holds and the number of shell companies registered in individual states – in particular, Delaware, South Dakota, Nevada and Wyoming."

“The US ranks third-worst globally in the Tax Justice Network’s Financial Secrecy Index, and it accounts for one-fifth of the global market for offshore financial services. This is likely to grow due to the fact that the US has not endorsed the Common Reporting Standard (CRS). This tendency is compounded by the fact that researchers who test checks on the set-up of shell companies have found the US to perform worst globally.”

“I look forward to meeting with lawmakers, officials, academics and journalists in the US in order to develop a strong and coordinated global approach to dealing with the problems of tax avoidance, tax evasion and money-laundering,” Carthy adds.

"Thanks to tax havens such as Delaware, the US functions as an international hub for tax and money laundering cartels.”

“It is also the only country that is still boycotting the automatic exchange of information on tax data. The lack of transparency when it comes to the beneficial ownership of companies is mind-boggling. In states like Delaware or Nevada, one has to provide more ID documents when getting a library card than when opening a business. This also explains why Delaware - with its 940,000 inhabitants - can boast to have more than one million registered business entities. Furthermore, loopholes in Delaware's tax code ensure that profits hardly get taxed. New York's real estate sector, in the meantime, acts as a prime location for white washing dirty money."

"All of this is happening whilst US corporations are hoarding profits in the EU that go untaxed in both the US and the EU. This is unacceptable. The EU has to act here and should put states such as Delaware on its blacklist," concludes De Masi.