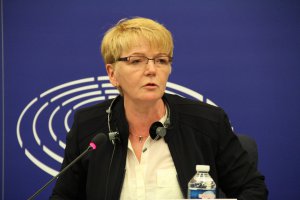 GUE/NGL President Gabi Zimmer denounced the announcement from the Turkish government that it intends to close a camp for displaced people where Yazidi refugees have sought protection:

“The Turkish government is continuing its policies of division and discrimination of minorities in the country. After the arrest of the elected co-mayors of the Diyarbakır Yenişehir Municipality in December, it now wants to close the nearby Fidanlık Camp against the will of the Yazidi refugees - who fled the genocidal attacks of ISIS in Iraq.“

The decision was announced by the Disaster and Emergency Management (AFAD) Directorate of the Turkish government.

"The Yazidi people have very good relations with the residents of Diyarbakır, which the Turkish government now want to disrupt. We call on the Turkish Prime Minister to stop this practice of isolation and to respect the rights of the refugees," Zimmer continued.

“The continued persecution of the democratic opposition in Turkey is unacceptable. The arrest of Aysel Tuğluk, Vice co-Chair of the HDP in charge of Human Rights and Legal Affairs, together with many others, is the latest assault against the last remnants of democracy in Turkey. Since Turkish government ended the peace process more than 8,700 HDP members and supporters have been arrested. The EU must take strong action against the ongoing attacks on human rights in Turkey.”