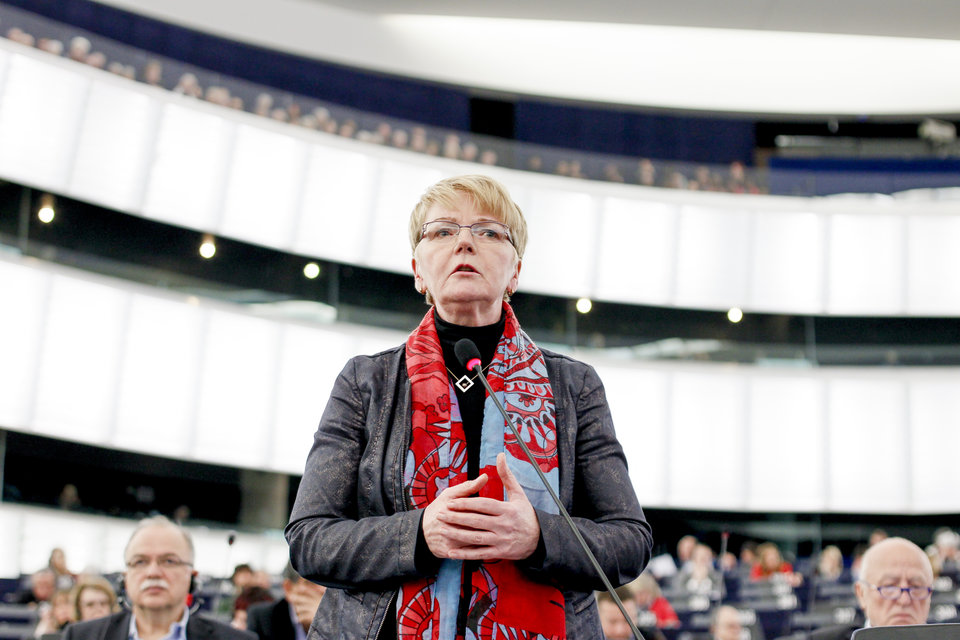 The British government's activation of Article 50 and a European Parliament resolution to be debated at next week's plenary session in Strasbourg, GUE/NGL group has reiterated the importance of EU citizens' rights as well as the status of the north of Ireland during the negotiations between London and Brussels.

For GUE/NGL President Gabi Zimmer, the survival of the bloc post-Brexit is at stake unless the EU finally recognises the importance of social rights:

"With the triggering of Article 50 by the United Kingdom, EU governments should finally recognise that without a robust pillar of social rights, without a genuine democratic union, the EU will have no future. As long as the citizens see the EU as a threat to their jobs, their social protection; until all EU citizens’ living conditions are improved; they will stop supporting the union. The Brexit referendum is a clear example of this."

"In the negotiations that are now under way, the rights of more than four million EU citizens in the UK and in the EU must be protected. Prime Minister Theresa May must not use this as a ‘bargaining chip’ in order to get a better access to the European market. The future of these people living across the EU depends on the outcome of the negotiations. We will put pressure within the European Parliament to ensure their rights will not be violated. This affects, amongst other things, their employment rights, social and pension rights, or the jobs of cross-border workers. In the same way, we will fight to ensure that the free movement of persons will persist," Zimmer says.

Irish MEP Martina Anderson, who serves as GUE/NGL’s Brexit coordinator, says the impact of Article 50 on the North of Ireland would be “incalculable”:

“The British Government has today initiated the process of exiting the EU. This development has grave implications for the island of Ireland as the British government insists on dragging the north of Ireland out of the EU, against the will of the people there.”

“This scenario presents huge challenges, undermines The Good Friday Agreement and threatens two decades of political progress. In the event of May’s Brexit, the hardening of the border dividing Ireland becomes inevitable. A hard Brexit means a hard border dividing Ireland. This poses an incalculable threat to the freedom of movement of people and goods between the north and south of Ireland.”

“This is wholly unacceptable and will be resisted,” she argues.

“The EU has a duty and an onus to protect and defend the interests of Ireland - the EU member state most at risk as a result of Brexit. The only way this can be done is by the EU granting designated special status to the north of Ireland allowing the island of Ireland to remain within the EU,” she concludes.

Italian MEP Barbara Spinelli, Vice-Chair at the Parliament’s Committee on Constitutional Affairs, says that guarantee of rights for citizens must be upheld:

“The upcoming negotiations must put at their heart the rights of the citizens: both of the nationals of the EU member states living in the UK and of the UK citizens living in the EU. Such rights must be guaranteed from the very beginning and unconditionally.”

“The same goes for the rights of the north of Ireland - on the basis of The Good Friday Agreement - and for the citizens of Scotland. I hope the resolution of our Parliament will contain specific references to the EU standards to be respected, as a starting point, in all areas of the withdrawal agreement, including the standards proposed in the EP resolution on the European Pillar of Social Rights,” says Spinelli.