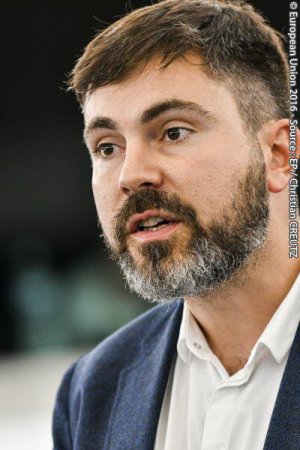 With the news that the European Anti-Fraud office (OLAF) has opened an investigation into European Commissioner Miguel Arias Cañete’s links with the ‘Panama Papers’, GUE/NGL MEPs at the European Parliament’s Committee of Inquiry into Money Laundering, Tax Avoidance and Tax Evasion (PANA) are calling for his resignation and to explain himself before the committee and the Parliament.

Cañete - who is the Commissioner for Climate Action and Energy - is implicated as Spanish media has named his wife, Micaela Domecq, as the owner of a company that appeared in the ‘Panama Papers’ leak.

OLAF has since cross-checked the data with 40,000 companies and people that have links to the EU, resulting in 17 hits. Thus far, Cañete's is one of six investigations which have been initiated but more could soon follow.

Commenting on the latest revelations, GUE/NGL’s shadow rapporteur on the PANA Committee, Miguel Urbán, said the Cañete scandal is a stain on the EU and our democracy and that he must be sacked:

“The Partido Popular in Spain is completely mired in corruption - and it must rank as the most corrupt in Europe with Commissioner Cañete just one of many in his party. Not only has he been linked to the ‘Panama Papers’, we mustn’t forget his family’s ties to the oil sector either.”

“Cañete must be expelled from our EU institutions as part of the clean-up. The investigation into him by OLAF is not only a stain on the EU but it undermines the credibility of democracy itself because of his public office and his duty towards our citizens,” he added.

“Such an embarrassing situation also undermines the spirit and ethics as laid out in the Code of Conduct. The PANA Committee will therefore request Cañete to appear before MEPs and to publicly explain himself,” said Urbán.

“Cañete is embedded in yet another corruption scandal. He already has ties to the oil sector as part of his portfolio as the Commissioner in charge of climate action and energy. He also receives an enormous amount of EU funding for his family's farming estate. And now, he is being investigated for having links to an offshore company in Panama. This is simply unacceptable and he must step down immediately, or be made to do so by President Juncker.”

“If this does not happen, European institutions will be responsible for the cover-up of one of the biggest corruption scandals in our history,” Albiol said.

“We must remember that Cañete only became an MEP after a campaign that was allegedly funded by illegally-obtained money. As a politician, he embodies the corrupt nature of the Partido Popular. The entire PP is currently under investigation for corruption - something unprecedented in Spanish history.”

“If the EU still has the slightest ounce of respect towards the values of democracy and transparency, then Cañete must go. If not, Cañete, Juncker and their cronies will be responsible for the political death of the EU's credibility,” argued Albiol.

"I urge Mr Cañete to step down as Commissioner until the investigations of OLAF have come to a conclusion. Furthermore, in addition to his appearance before the PANA Committee, we also expect Cañete to come before Parliament as a whole during the June plenary to explain himself.”

“Should Cañete be found guilty, the Commission must ensure that appropriate sanctions are taken, such as the repeal of his pensions rights as a Commissioner," concluded De Masi.