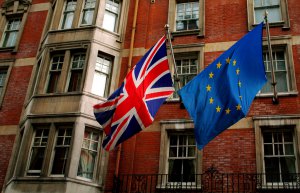 On behalf of GUE/NGL’s Brexit streering group, a statement by group President Gabi Zimmer on Monday’s negotiations on EU and UK citizens’ rights, particularly with regards to the north of Ireland.

“On Monday, the European Commission and the British government will finally begin substantial negotiations on the withdrawal of the United Kingdom from the European Union, starting with the key issue of the rights of citizens which has rightly been identified as a priority by the EU.”

“In our opinion, the agreement on this issue has to be clearly ringfenced from other negotiation chapters: it's the only way to give legal certainty to the citizens who fear the effects of the withdrawal on their daily lives. After Theresa May's proposal on this issue, their anxiety has only grown further and we want to express our full solidarity with them.

“Brexit in particular affects around 1.2 million British people living in other EU member states, and over 3 million EU nationals living in Britain - not including the 1.8 million people in the north of Ireland who are legally entitled to Irish citizenship and, by virtue of that, to EU citizenship. The EU has committed itself to uphold The Good Friday Agreement in all its parts: this includes human rights, constitutional and legal rights, and political rights.

“Up to 30,000 people cross the border in Ireland every day to work and study, in addition to movements for normal societal, domestic and recreational purposes. Many businesses and farms straddle or have premises on both sides of the border as well. The border in Ireland has been open for the last 20 years, and any border in Ireland risks being exploited by the enemies of peace and endangers the peace process.