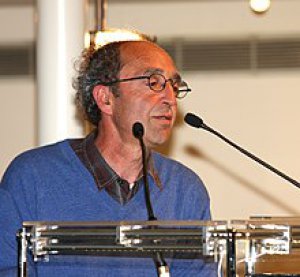 GUE/NGL MEPs have rounded on Turkish President Recep Tayyip Erdoğan for his latest action including the abuse of Interpol to silence his critics and for trying to influence the upcoming German federal elections.

Ankara has been widely condemned for abusing the powers of Interpol at an EU member state in order to have the German writer with Turkish origin and Erdoğan critic Dogan Akhanli arrested in Spain last weekend.

This came just two weeks after the arrest of another regime critic, the Swedish-Turkish journalist Hamza Yalçin, at Barcelona's El Prat airport on 3rd August - also on an international arrest warrant requested by Ankara.

Akhanli has since been released by the Spanish authorities but cannot leave Madrid. Yalçin, however, remains in custody on ‘terrorism’ charges.

“GUE/NGL strongly criticises the latest actions by President Erdoğan in order to silence his critics. His abuse of Interpol in order to have independent, critical Turkish voices arrested overseas in an EU member state is utterly deplorable.”

“We also strongly condemn the continuous, arbitrary arrests and detention of 50 000 people inside Turkey since July 2016 including critical voices, journalists, judges, opposition politicians and other ordinary citizens. Such blatant violations of human rights moves Turkey further and further away from the European Union,” the German MEP said.

“I also strongly reject Erdoğan’s recent attempt in trying to influence the German federal elections by urging German citizens of Turkish origins to not vote for certain political parties such as the CDU, the SPD and the Greens and by describing them as ‘enemies of Turkey’.”

“Such political interference is unacceptable and I reject his comments wholeheartedly. I therefore call on our EU institutions to find and adopt a common stance and strong voice against Erdoğan’s latest actions,” concluded Zimmer.

“The arrest of Mr. Yalçin is clearly a politically-motivated measure taken by the anti-democratic Turkish leader. The only crime Yalçin is guilty of is practicing his democratic right in criticising the Turkish regime. Interpol should not be taking orders from Turkey as it is clear that the rule of law is not respected there. I urge the Swedish and Spanish authorities to act swiftly to ensure Yalçin’s immediate release,” said Björk.

“If the EU lets the Spanish state extradite Yalçin and Akhanli to Turkey then it will once again be the accomplice to Erdoğan’s witch hunt, repression and authoritarianism.”

“Germany had intervened in the release of Akhanli and Sweden is giving support to Yalçin. They’re both EU citizens so Mariano Rajoy’s government must explain why it has been acting like Erdogan’s servant,” she said.