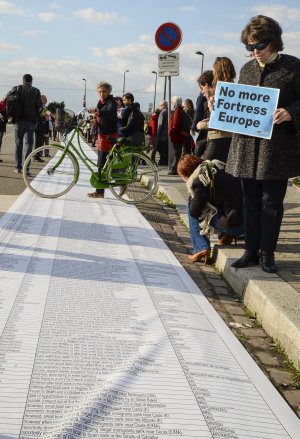 GUE/NGL MEPs welcome the European Court of Justice’s ruling on refugee relocations and call for action from the Commission to ensure its implementation.

Shadow Rapporteur on relocation, Barbara Spinelli, comments: “In its judgement of 06/09/17, the EU Court of Justice has dismissed the actions brought by Slovakia and Hungary to challenge the relocation mechanism.”

“The judgement is certainly a positive step, but a clarification by the Commission is urgently needed.

“The expiration date of 26 September 2017 for the application of the Council's Decisions on Relocation is approaching. Juncker had promised a permanent mechanism, but Avramopoulos has announced that the Commission will not present new proposals for relocation.

“Moreover, the relocations have been crippled by discriminatory criteria, and have been outnumbered by the returns of refugees to Greece and Italy on the basis of the Dublin system. These are the main points I stressed in a Written Question to the Commission, open on September 8 to co-signatures by members of the EP,” Spinelli explains.

“In its judgement, the European Court of Justice has dismissed the actions brought by Slovakia and Hungary to challenge the relocation mechanism.”

GUE/NGL Coordinator on the Civil Liberties, Justice and Home Affairs Committee, Cornelia Ernst, adds: “Now it has also been confirmed by the highest judicial authority: the governments in Hungary and Slovakia cannot hide beyond their racist standpoints; solidarity is a duty under the law.”

“The judges also made it clear that European refugee policy is supposed to be more than just border protection and FRONTEX.

“Now it is important to build on this, so I urge the Commission and the Council to end their blockade and to finally clear the way for a fundamentally new EU refugee policy," Ernst concludes.

The European Council on Refugees and Exiles’ report Relocation not procrastination: ECRE’s Assessment of the obstacles to relocation of asylum seekers from Greece and Italy and its proposals for a continuation of relocation after September 2017.