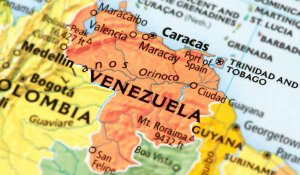 The EU Foreign Affairs Council decided this week to strengthen sanctions against the Bolivarian Republic of Venezuela. Restrictive measures against seven personalities that hold positions of senior responsibility, most of them through popular mandate, will thus be imposed.

GUE/NGL rejects this decision, as it does not serve the path towards a much-needed normalization and stabilization of the country, especially when dialogue between the Government and the opposition is taking place in the Dominican Republic.

Such EU policy to address political conflicts by external interference and imposed sanctions is in violation of international law and adds to the ongoing severe economic sanctions imposed by the USA under the Obama administration, and aggravated by Trump. These sanctions have clearly contributed to the degradation of the economic and social situation in the country, with the depletion of food and medical supplies.

GUE/NGL recalls that three electoral acts took place last year in the country, and that the presidential elections are scheduled to be held by the end of April - all open for opposition participation.

GUE/NGL rejects and condemns the continuous attempts to undermine and overthrow the Venezuelan Bolivarian Government, which was democratically elected under the country's constitutional order, and whose political forces scored major victories in last year’s elections.

GUE/NGL calls for the EU and its bodies to respect Venezuela’s sovereignty and international law and to work constructively for dialogue (already in motion and supported regionally), cooperation and peace, instead of feeding conflict and confrontation.