Stop the EU elite’s destruction of our welfare state and workers’ rights! 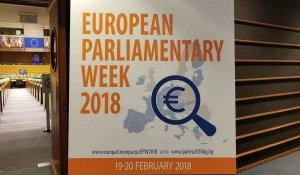 A group of left-wing MEPs and members of national parliaments who participated in the European Parliamentary Week 2018 have issued the following declaration that demands a new set of economic, social and environmental policies for people and workers. It calls for a Pact for Employment and Growth and for greater territorial, social and economic cohesion. A reversal of the EU elite’s neoliberal agenda which has destroyed the welfare state, workers’ rights and led to more privatisation is also highly necessary.

The economic governance framework and the European and Monetary Union were used as the backbone of the EU’s neoliberal agenda in order to promote policies benefiting the economic elites and impoverishing the peoples of the EU. Privatisations, destruction of the welfare state, great levels of tax evasion and tax avoidance from the economic elites and the abolition of social and workers’ rights have led to greater divergence amongst member states and regions and greater income inequalities - thus less territorial, social and economic cohesion.

The unwillingness of the EU economic and political elites to tackle efficiently and sustainably the social problems caused by their neoliberal austerity policies has been repeatedly reaffirmed allowing Member States to avoid policies of social change and social security.

Members of the European Parliament: