Solidarity with the port workers of Cyprus 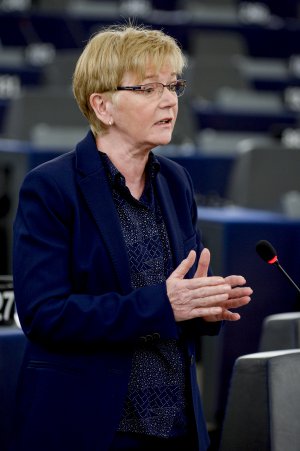 “We would like to express our solidarity with the workers of Limassol port in Cyprus who announced a two-hour work stoppage for Monday in protest over health and safety hazards in their workplace. Their safety concerns are fully justified. The workers demand improvement of safety levels at the port.

Unfortunately, accidents both big and small at the port are very common, but they are usually not made known to the public. Last week, for example, there was a serious accident in which a 28-year-old worker was seriously injured when the straddle carrier he was test-driving after a malfunction fell over, trapping him inside the cabin.

Such are the consequences of a decision to sell-off public property and privatise a port that used to be a semi-state body. Unfortunately, the privatizations are always focused on boosting competition through reducing wages and working conditions, downgrading security, promoting precarious employment contracts, and endangering security standards.

The GUE/NGL group, together with the trade unions, will continue the struggle and resistance against austerity policies, the deregulation of labour, privatisation, and the dismantling of the welfare state.”