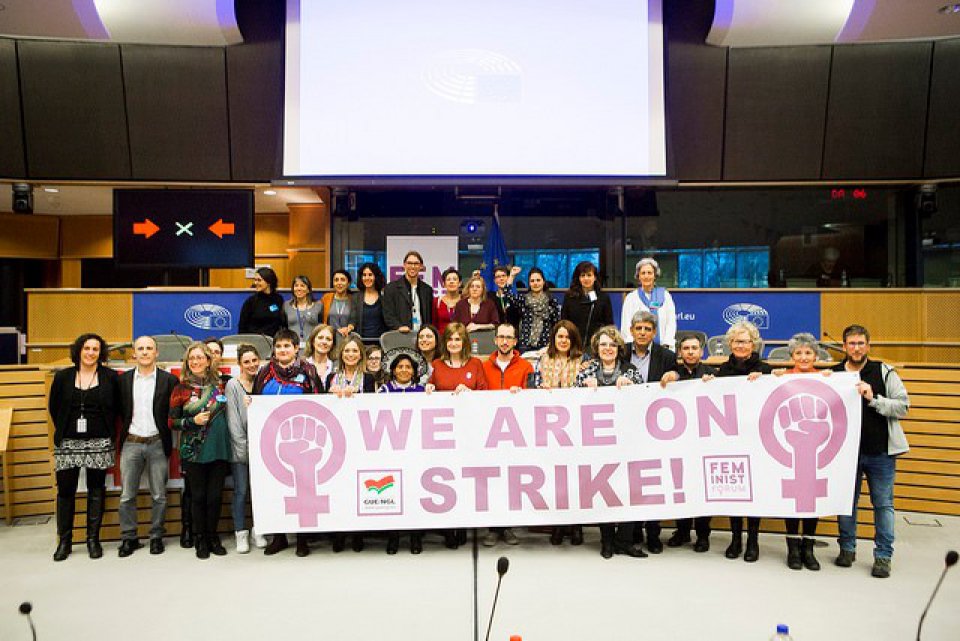 Female MEPs and parliamentary staff support the women’s strike tomorrow, on International Women’s Day.
They are joining women from around the world to demand an end to systematic bias, misogyny and discrimination and calling for equal rights and recognition in all spheres of life, reflecting the weight and contribution women have in society.
The strikes will take various forms. In Brussels a GUE/NGL contingency will join the Women’s March gathering at 15.00 in front of Gare Central.

In the Spanish state the strike has become a coordinated national effort that will see women withdrawing labour for 24 hours to focus on wage inequality and gender violence.
In Ireland the strike will demand the repeal of the country’s strict anti-abortion laws that have pushed women to life-threatening backroom abortions or costly travel abroad.

Across Europe, precious gains on gender equality are under threat with the rise of the far-right.

In Poland the hashtag #TrzymamStroneKobiet [I’m on women’s side] has gone viral in protest of the right-wing government’s attacks on women’s rights including raids on women’s NGOs dealing with the issue of domestic violence.

This year’s strike comes on the heels of the #MeToo movement to denounce rampant sexual harassment against women, a scandal that also engulfed the European Parliament.

To facilitate the sharing of experiences and joint strategising, GUE/NGL MEPs are hosting the 2018 Feminist Forum (6-8 March) in the European Parliament. Click here for details of the programme and live broadcast of the panels. 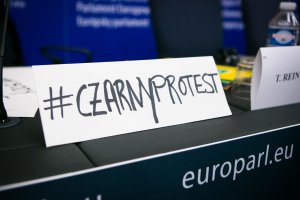