Left MEPs have torn into Facebook and other multinationals for their part in systematically abusing data protection and citizens’ privacy with impunity.

GUE/NGL’s Cornelia Ernst (DIE LINKE., Germany) argued that personal data protection must be recognised as an essential fundamental right that is protected by law:

"What we see now is merely the tip of the iceberg. This is not just about Cambridge Analytica but rather, a corporation which has become the dominant actor in global social media - one that is not living up to its ethical responsibility.”

“Mark Zuckerberg has known about this since 2015. He never intervened because it’s his business model to make money out of the data they have on their users, just like Google and Amazon.”

“That is why independent supervisory authorities must investigate such companies, and their algorithms must be disclosed to our authorities and the users.”

Neoklis Sylikiotis (AKEL, Cyprus) visited Facebook headquarters in California earlier this month as part of a European Parliament delegation, and he says that strong EU legislation is long overdue to protect personal data:

“The Facebook/Cambridge Analytica scandal is proof of the dangers of globalisation.”

“The people in power have all the means to manipulate others. We strongly condemn every violation of personal data and we underline the need to enhance regulation and simplify procedures so that social media users can manage their personal data and control who has access to them.”

For Marisa Matias (Bloco de Esquerda, Portugal), this data breach is an attack on our freedom and on democracy:

“For years now, we’ve been asking how much our data and privacy are worth. But this latest scandal takes the issue to a much more serious level - even worse than what Snowden revealed!”

“The question now is: how much will our freedom be worth? Cambridge Analytica has clearly shown us that algorithms and machine-learning software are the main weapons of combat in politics today. If we don’t fight this lucrative business that is worth millions, anyone with money will always have access to power,” she said.

“Cambridge Analytica is based in Canada and wasn’t subject to the same electoral laws during the Brexit referendum, and openDemocracy has found links it had with the British Tory Party, the British army, the DUP and even Russian oligarchs.”

“The DUP, in particular, has no respect for rights, no respect for privacy and absolutely no regard for the damage that their reckless Brexit agenda is doing to Ireland,” she concluded. 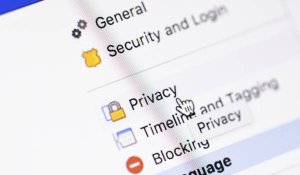