Kuciak and Halet awarded inaugural prize for ‘Journalists, Whistleblowers and Defenders of the Right to Information’ 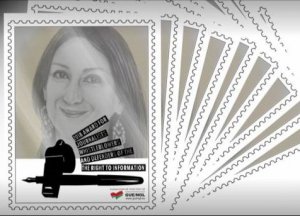 The murdered Slovak journalist Ján Kuciak and LuxLeaks whistleblower Raphaël Halet have been named the first recipients of the inaugural GUE/NGL award for ‘Journalists, Whistleblowers and Defenders of the Right to Information’.

Named in honour of the late Maltese journalist, Daphne Caruana Galizia, the two have been jointly awarded for their work and their courage in exposing corruption and wrongdoing by the powerful.

Kuciak has been posthumously recognised for his investigative work into tax fraud amongst businessmen with links to top Slovak politicians. His murder in February 2018 led to the toppling of the Fico government.

Halet, meanwhile, is the former PwC employee behind LuxLeaks alongside Antoine Deltour. Halet helped to leak the documents that exposed multinatioals’ tax evasion in Luxembourg. He remains on trial for the exposé.

Further information about the jury and procedure can be found here.