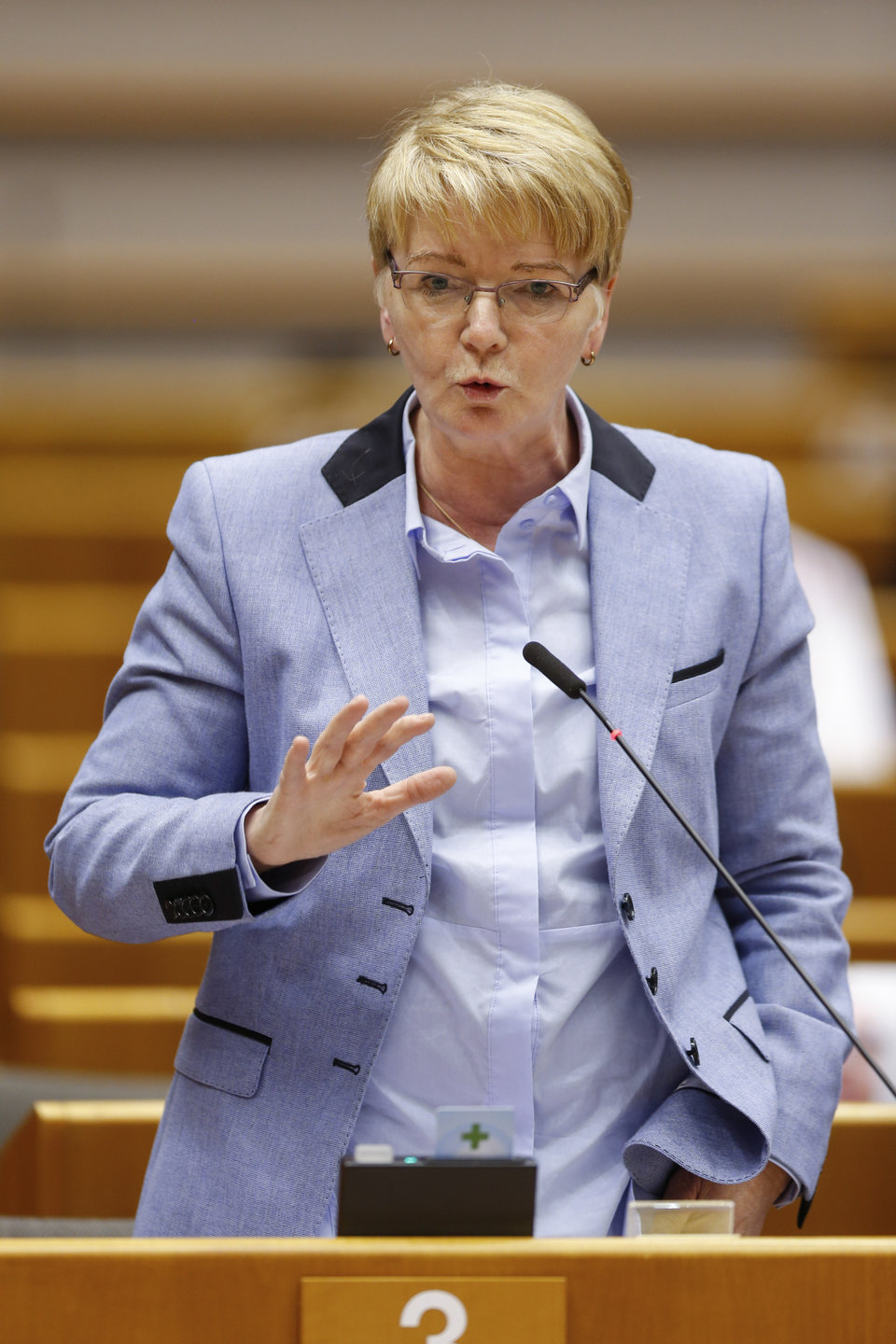 GUE/NGL President Gabi Zimmer has renewed her criticism of the EU’s current migration policy as interior ministers from member states gathered in Brussels for the Justice and Home Affairs (JHA) Council.
Amongst the topics discussed today were proposals to reform the Common European Asylum System and resettlement programme, the implementation of last month’s Malta declaration and the flow of migration from Libya to Italy.
Commenting on the meeting, Zimmer said the lack of solidarity amongst member states remains a major handicap to the bloc’s migration policy:

“With the main focus of today’s meeting being on increasing returns and decreasing number of arrivals of people seeking safety in Europe from Libya, the JHA meeting has once again been a missed opportunity to put solidarity at the heart of EU policy on asylum and migration. It also continues to turn a blind eye on the deteriorating human rights situation facing these individuals in the face of growing hostility and xenophobic rhetoric by EU governments.”

“For months now, the EU and member states have failed to provide legal ways during the world’s biggest displacement phenomenon. Nor have they fulfilled their obligations to relocate people in need of protection from Greece and Italy as had been committed one-and-a-half year ago,” she continued.

"The latest recommendation of the Commission on returns discussed today by member states totally ignores alternatives to detention and will without doubt result in massive violation of people’s rights.”

The German MEP then touched upon the Dublin Regulation which has left the EU’s southern states to deal with the crisis alone with little help from other member states:

“By not relocating and by exploiting the deeply-flawed Dublin Regulation, EU member states continue to shirk their duties by leaving our southern neighbours like Greece and Italy to take responsibility for the majority of new arrivals whilst barriers and fences are erected elsewhere to keep out non-EU citizens.”

“Greek authorities, for example, have repeatedly pleaded to the relevant EU authorities for real solidarity and a review of the Dublin Regulation that would end the member state of ‘first entry’ criteria. However, the principle of solidarity remains to be translated into practice,” she argued.

“Meanwhile, EU member states want to strengthen cooperation with third countries like Libya where reports of migrants’ human rights violations have been horrendous. Similarly, the controversial deal with Turkey to keep refugees and migrants out of Europe continues.”

“The current situation cannot go on. The Dublin Regulation must be reformed towards a system based on solidarity both towards refugees and member states. Member states must stop this race to the bottom in terms of human rights. We demand alternatives to detention. We call for an EU-wide policy which is in full respect of fundamental and human rights of refugees and migrants,” said Zimmer.