Commission must assume moral leadership in future of globalisation 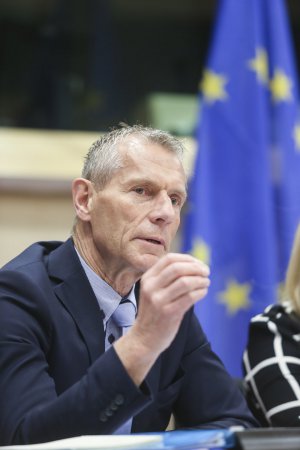 ollowing the Commission's unveiling of its White Paper on the ‘Future of Europe’ presented back in March, GUE/NGL MEPs have this morning debated what role in globalisation the EU should take over the next decade.

The aim of the Commission’s Reflection Paper on Harnessing Globalisation by 2025 was to launch a debate on how the EU and its member states can help shape globalisation that could foresee future developments as well as improving the lives of EU citizens.

For GUE/NGL members, however, globalisation only works if they are accompanied by moral leadership with better rights for the workers and the disadvantaged.

German MEP Helmut Scholz, GUE/NGL Coordinator on the Parliament’s Committee on International Trade (INTA), says that whilst it is good that the Commission has acknowledged the new UN Sustainable Development Goals as a benchmark which can then be applied across all EU levels in legislative terms, large companies still have a moral duty to care for both workers and society:

“Let us be aware: the destinies of human beings are linked in these work processes. We must ensure the quality of life of all people along the value chain and to create the regulatory framework.”

“We must introduce a broad due diligence obligation for products entering the EU market. Whoever wants to obtain the biggest profit at the end of a chain must be held responsible for the conditions during every step of the production process.”

“This is what we have to transpose in our legislation and standards,” added the German MEP.

For Danish MEP Rina Ronja Kari, globalisation can have a positive impact if it is better managed - but the EU has made a mess of it with citizens bearing the brunt of its policies:

“The economic policy of the EU has been going in the wrong direction. We need to strengthen the trade unions and their negotiating rights rather than weaken them as has been the case in Greece.”

“We need to be increasing solidarity and not reducing it. We shouldn’t be bound by the Stability and Growth Pact. If citizens lose faith in their future then we have to take notice of that seriously.”

Portuguese MEP João Ferreira, meanwhile, believes that globalisation has failed and that socialism is the only way out:

“We know that the so-called globalisation - made possible with developments in science and technology - is not neutral from a political standpoint.”

“Globalisation corresponds with the consolidation and expansion of the capitalist mode of production and the affirmation of capitalism as the dominant social and economic formation at a global level.”

“The growing concentration of wealth in the hands of a tiny minority has, on the other side of the coin, the globalisation of the exploitation of the world and its people, and the spread of war, illiteracy and poverty.”

“The EU is an agent of this globalisation. Socialism is the only acceptable way out,” said Ferreira.