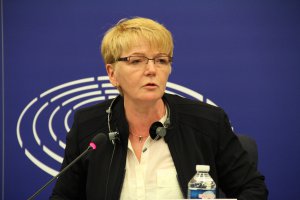 "Turkey is moving away from the rule of law. Huge numbers of arrests of representatives from civil society, locally elected representatives, as well as mayors from the Kurdish region and the co-chairs of the major opposition HDP party, clearly demonstrate the deep-rooted, reactionary nature of the Erdoğan government."

"The isolation of a number of political prisoners in Turkey - especially in light of the interrupted negotiations between Turkey and the Kurdish nationalist leader, Abdullah Öcalan - is another worrying sign of a potential escalation in the deadly conflict."

GUE/NGL group therefore demands the release of all political prisoners in Turkey, in particular the Kurdish elected representatives, and to grant visiting rights to Mr Öcalan’s family and lawyers.

GUE/NGL also wants to invite the international community to take part in observing the separate hearings of the legal cases against the HDP co-chairs, Selahattin Demirtaş and Figen Yüksekdağ, on 6th and 7th December in Ankara. Both of them are of the utmost importance to the future of parliamentary and local democracy as well as the rule of law in Turkey.