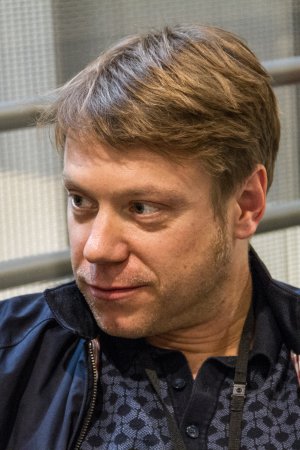 To coincide with this week’s crucial European Parliament vote on stamping out malpractice and tax havens which were exposed by the Panama Papers last year, GUE/NGL has published a brochure that lays bare all the dodgy dealings and loopholes used by the wealthy elite and criminals in moving their dirty, untaxed money around the world.

From exposing the criminal offshore world as favoured by large corporations and lawyers, to the examples of well-known banks and companies like Hamburg-based Berenberg Bank and Google, ‘Panama Papers: Dirty Money and Tax Tricks - how the rich, the powerful and criminals rip us off’ digs deep into all the examples that the rich and the powerful don’t want you to know about.

The brochure also examines the conditions under which tax havens have been allowed to thrive and what can be done to shut down these loopholes - and to reclaim all the trillions of tax that is owed to governments and citizens around the world.

LuxLeaks whistleblower Antoine Deltour is also interviewed on why such exposés are critical in the fight for tax justice, and GUE/NGL MEP Dennis De Jong explains why proper measures to protect whistleblowers such as Deltour and others is long overdue. Meanwhile, Jahanzeb Akhtar from India’s state-run Revenue Service tells us why multinational corporate accounting and law firms are the bane of tax collectors everywhere.

German MEP Martin Schirdewan is in no doubt as to the importance of this study in the context of the Parliament vote this week:

"Tax dumping by big corporations, the rich and the powerful has taken on a systemic nature. Leaks such as the Panama Papers and the recent Paradise Papers are proof to this.”

“With this brochure, we hope to shed some light on the political failures that have allowed for one of the greatest robberies of our time,” he said.

"The biggest challenge we face in the tax justice movement is organising a mass campaign of ordinary citizens to demand an end to the offshore scam where the super-rich can avoid paying their fair share of tax.”

"This means organising not only political parties and progressive NGOs, but students, trade unions and local community groups – all of whom suffer the effects of tax avoidance and tax evasion.”

“This brochure aims to explain some of the tax tricks used by multinationals and individuals, and the laws and loopholes that facilitate them in an easily understandable way as well as proposing solutions. We hope it will be a valuable tool in the fight for change by the tax justice movement in Europe," he concluded.

You can download the brochure here or you can order a free printed copy by e-mailing: guengl.press@europarl.europa.eu