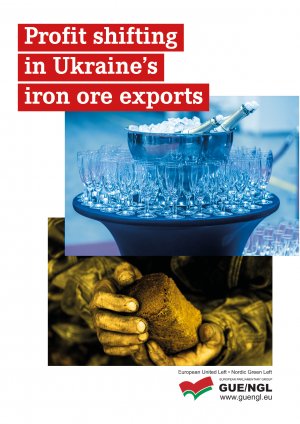 There is high public interest in the topic of “offshores” in both Ukraine and the EU. It is of particular importance for Ukraine which is categorized as an “open economy”, meaning a high share of exports and imports relative to GDP. In particular, iron and steel production and exports from Ukraine are very significant even by the scale of the global iron and steel markets. These sectors have also become the single largest source of wealth for the richest Ukrainians. Additionally, trade was one of the main topics in the Association Agreement between Ukraine and the EU signed in 2014, following the dramatic political events in the country.

It is intriguing that even the Ukrainian authorities publically declare that there is significant profit shifting occurring to avoid corporate taxation. For instance, according to the State Fiscal Service of Ukraine the usage of transfer pricing within all types of operations results in 100 billion hryvnia tax avoidance annually (around 3.3 billion euros), which leads to almost 20-25 billion hryvnia loss of the national state budget (Riabych, Vakulchyk 2015). This budgetary loss is equivalent to 660–750 million euros, which is comparable to the scale of the annual macro-financial assistance received by Ukraine from the European Union in the last several years to fill the budgetary gap.

The head of the National Bank of Ukraine in a public presentation in 2016 stated that USD 2.6 Bn of mining sector exports were predominantly done via traders or subsidiaries located in low tax jurisdictions but which “legally are not considered to be offshores, such as Luxembourg, Netherlands, Switzerland”.

The structure of the paper is as follows: in section 1 we review the existing methodologies and results related to Ukraine exports; section 2 describes the iron ore mining sector of Ukraine; then in section 3 the recent history and the status of transfer pricing regulation is provided; section 4 gives quantitative estimates of underpricing of iron ore exports; section 5 provides a comparative analysis of profitability of the Ukrainian mining companies in relation to the holding companies or similar miners; the study is closed with conclusions.