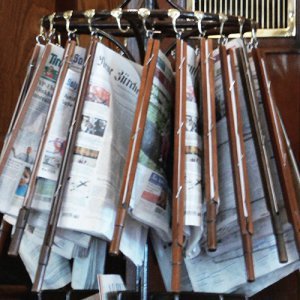 Nazis, cash and tragedy: A day in the life of Brexit, by Maïa de La Baume, Lili Bayer and James Randerson

"The European Parliament’s descent into squabbling.

Nothing says “calm, orderly Brexit” like jibes about Nazis in the European Parliament.

Throw in a Swedish call for Britain to pay more into EU coffers and a Spanish lament about Brexit as a “tragedy,” and it’s just another day at the office for the U.K. and Europe.

Leftist MEP Gabriele Zimmer, also German, questioned Kamall’s grasp of 20th century European history. “Surely you’re not so isolated on your island that you don’t understand the history of Europe,” she said. “You should not treat these terms lightly.”..."

The full-text article is to be found online at Politico.

"A European Parliament debate on Brexit descended into acrimony between British and EU MEPs on Wednesday after a senior Tory said that Nazis were socialists.

Syed Kamall is the leader of the Conservative-dominated European Conservatives and Reformists group in the parliament and once ran to be London mayor.

Gabi Zimmer, the German leader of hard left MEPs, told Mr Kamall he needed to read up on his history and asked if he was “so isolated on his island” that he did not understand how offensive his comments were..."

The full-text article is to be found behind a paywall on telegraph.co.uk.